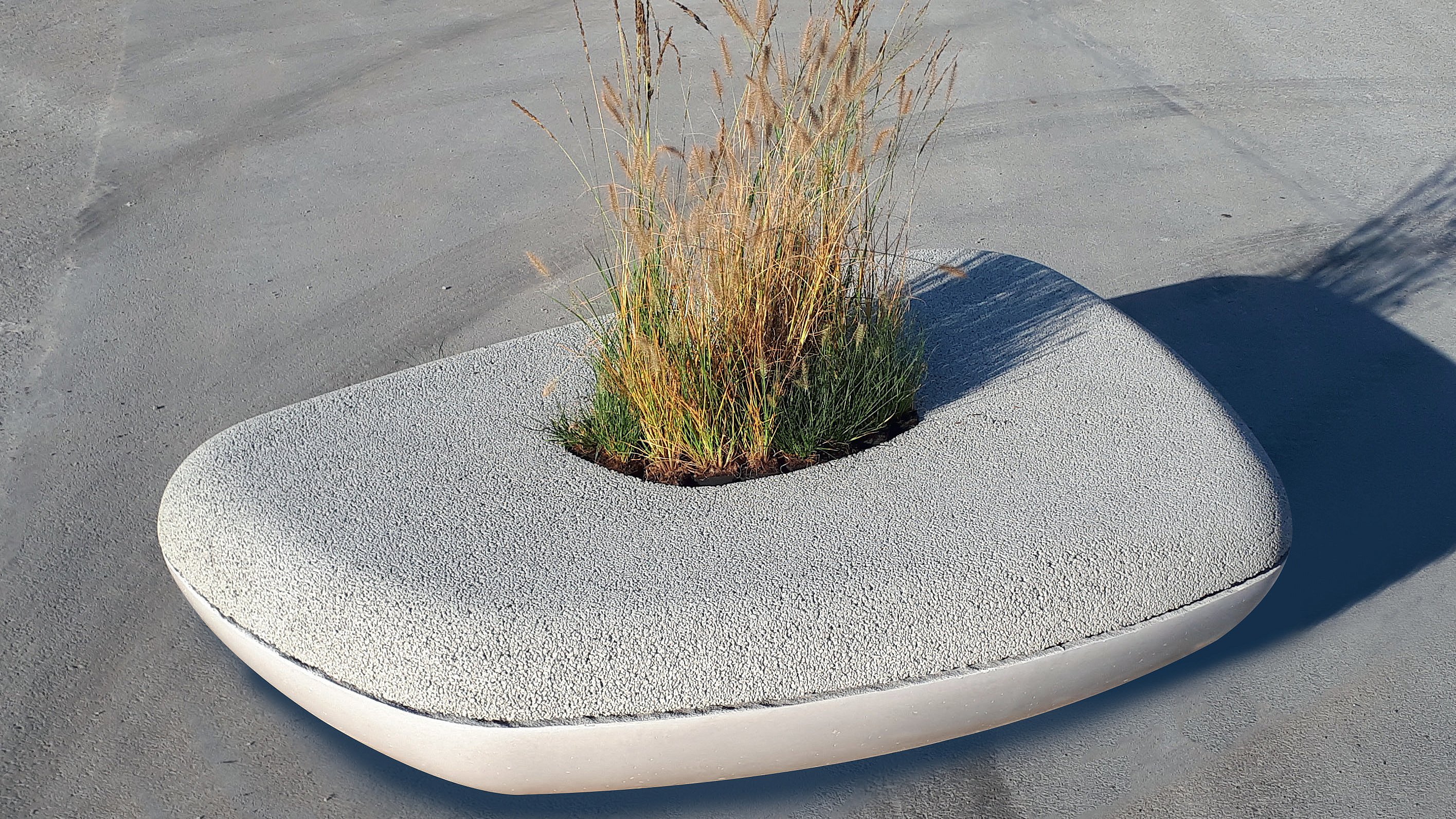 The round bench is made in 2 parts, the seat consists of a porous concrete where rainwater can seep through. That rainwater is collected in the lower part of the bench, a kind of reservoir made of waterproof concrete. Not only the plants in the bench benefit from this system, the reservoir can collect up to 280 liters of water and will therefore be able to reduce flooding in cities.
Another advantage of ‘The Waterbench’ is that the seat surface dries much faster due to its absorption. It also means less precious water flows into the sewers. In addition to the planter, the bench can also be used as a herbal or even vegetable garden. 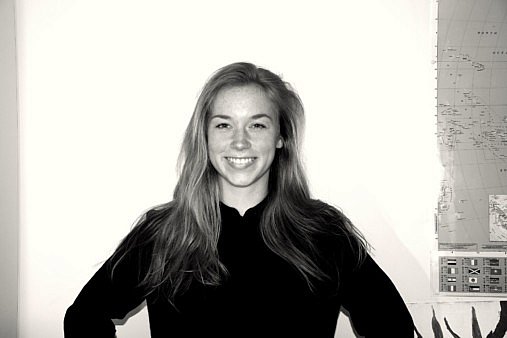 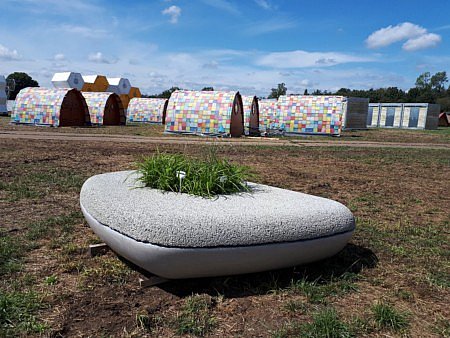 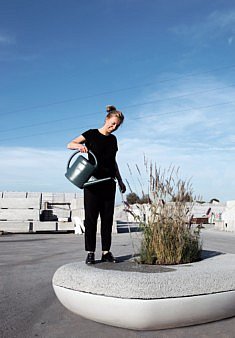 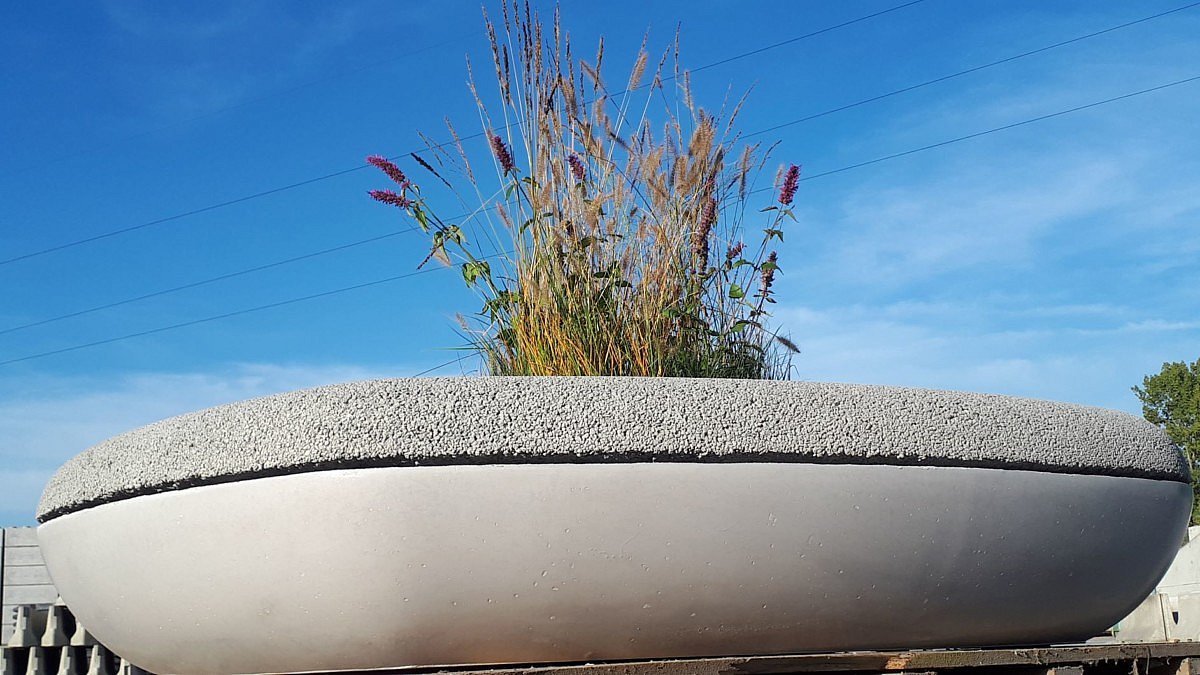 An award for ‘The Waterbench’

‘The Waterbench’ was initially a study project by Barbara during her research into rainwater problems. But in the meantime her invention has won the Fast Track Design Award at the Biennale Interieur in Kortrijk. And last but not least, Ebema from Rijkevorsel [BE], a producer of sustainable concrete products for architects and engineering firms, will release ‘The Waterbench’ on the market.
The Waterbench absorbs rainwater

Any cookies that may not be particularly necessary for the website to function and is used specifically to collect user personal data via analytics, ads, other embedded contents are termed as non-necessary cookies. It is mandatory to procure user consent prior to running these cookies on your website.